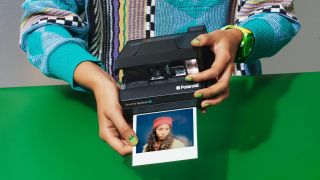 Polaroid Originals announced that it has ceased production of wide format Spectra film – and, at the same time, it has also ended its program of restoring old Polaroid Spectra cameras.

This marks the end of an era for analog photography, closing the 33-year-old chapter of the Spectra camera system and instant film that launched in 1986.

"With three decades behind them, these wide format cameras are now coming to the end of their useful lives," wrote Oskar Smolokowski, CEO of Polaroid Originals. "Jamming and frequent breakdowns are now affecting the majority of these cameras, and unfortunately, this is not something we can influence with our film.

"After extensive testing, we have concluded that we cannot support these cameras any longer. So today, with a heavy heart, we are announcing the end of production for Spectra film."

The issue, it seems, is simply one of mechanical aging. After 30 years, Spectra cameras are simply starting to break down beyond repair – and jamming seems to be an insurmountable issue.

"Our manufacturing team led an intensive, 6-month testing and improvement plan on Spectra cameras and our film." said Andrew Billen, head of Global Manufacturing. "We optimized the dimensions and deflection angle of the ejecting film, reduced the pod weight, and lowered the mask friction through different coatings. We also carried out multiple battery tests with different voltages and currents from different suppliers.

This fault is completely random and depends on many variables with each pack of film and the configuration of the camera circuitry. There is, unfortunately, no simple fix."

Consequently, Polaroid Originals no longer offers restored cameras on its website. It is running a closeout on its final batch of Spectra film, available for $19.99 per pack or $55.99 for a triple pack.

The best instant camera in 2019: perfect for party season!
What type of instant film do I need?
Cheap instax film deals – great buys on print packs in an instant!