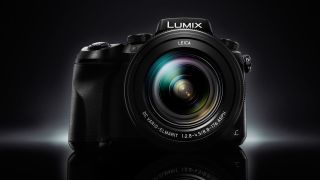 Despite Canon escalating the 8K video arms race, Panasonic has confirmed that it will not have an 8K consumer camera ready any time soon.

While the manufacturer confirmed that a professional 8K camera would be ready for the 2020 Olympics, the Japanese press reported last year that Panasonic is targeting the 2022 Winter Olympics for its consumer 8K rollout – though the announcement of the 8K-enabled Canon EOS R5 might force its rival to fast-track development.

"At this time, the only 8K camera we have planned is for the Olympic games, which is only a few months away," Yosuke Yamane, director of Panasonic's Imaging Business Division, told DP Review.

"Our feeling is that the 8K era is a little bit delayed. But we want to catch that opportunity and we haven’t given up our pursuit of 8K cameras."

These comments were made at CES 2020 in Las Vegas last month, at which point Mr Yamane's comments may have been more apropos, given the delay of products such as the Sharp 8K Video Camera (now due for release in the second half of this year). However, given Canon's R5 bombshell last week, it now seems that the 8K era isn't quite as delayed as Panasonic thought.

Indeed, Sharp stated that the first production samples of its 8K camera could be ready for demonstration at the NAB show in the USA in April, while Canon announced that the R5 will make its public debut at The Photography Show in the United Kingdom in March.

For his part, Yamane was unable to give any kind of timescale for an 8K Lumix camera. "We will be ready for 8K soon, but we can’t tell you the timing. We need a little bit longer before we can introduce 8K cameras. It won’t be [in the very near future]."

Of course, while the 8K battleground is still on the horizon, Panasonic is already dominating the current 6K campaign with the Panasonic S1H, which has become the first mirrorless camera certified by Netflix for filming broadcast content.

What is 8K? And what does it mean to photographers and videomakers?
Canon EOS R5 to make public debut at The Photography Show!
Canon goes 8K! New Canon EOS R5 has 8K video, IBIS, 20fps + dual card slots