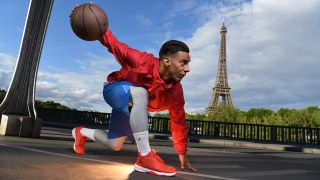 Nikon has released a handful of sample images and videos captured with its new D850 DSLR.

The company has uploaded seven sample images to its Japanese website, which range from portraits to wildlife shots.

Two 4K UHD videos have also been posted, both showing off the camera's time-lapse capabilities.

The D850, which was announced yesterday, features a new 45.7MP FX-format sensor, one that has been designed with a back-illuminated architecture and no optical low-pass filter.

The model, which is the successor to the D810 announced back in 2014, also sports a number of features from the flagship D5 camera, such as a 153-point AF system and 180k-pixel metering sensor, as well as the EXPEED 5 processing engine that Nikon has started to roll out across its DSLRs.

It's also capable of 4K video recording without a crop factor, with footage recorded to the 4K UHD resolution of 3840x2160p. Microphone and headphone ports have also been provided around the camera's side.

The camera also has the honour of having the largest pentaprism viewfinder of any Nikon DSLR, with 0.75x magnification and 100% frame coverage. This is joined by a 2.36million-dot LCD touchscreen that can tilt to a range of positions.

Other features include a 300-shot focus stacking feature - a first for a Nikon DSLR - together with in-camera batch Raw processing and a 51-frame burst depth for Raw images.

The model also sports Wi-Fi and Bluetooth, as well as USB 3.0 connectivity.

The Nikon D850 will be released on 7 September, along with a new MB-D18 battery grip and a ES-2 film digitalising adapter.

To see the sample images and videos for yourself, head over to Nikon's Japanese website.