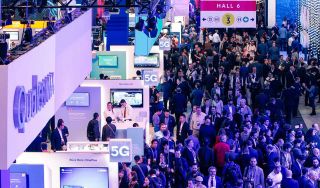 UPDATE: ZTE has issued a statement that the manufacturer "will participate in MWC20 Barcelona as planned," tweeting that, "in accordance with the relevant guidelines of the Chinese health department and WHO, ZTE has adopted a series of strong prevention, control and safeguard measures."

ORIGINAL STORY: Over 100,000 attendees are expected to descend on Barcelona for this year’s Mobile World Congress (MWC), an annual smartphone show that has seen smartphones like the Sony Xperia 1 and the reborn Nokia 3310 unveiled in past years.

This year, however, looks set to be the most strained show in the event's history, owing to the outbreak of the coronavirus. The World Health Organization recently declared it a global health emergency – and now it has claimed its first exhibitor casualty at MWC 2020: the South Korean manufacturer, LG.

The coronavirus has already had a huge impact on manufacturing in China. Apple's iphone production lines have been disrupted, Sony has warned of supply chain issues that could affect image sensors for the entire industry, and DJI has closed its Chinese offices owing to concern over the outbreak, which originated in Wuhan – the capital of Hubei province in central China.

The first of an expected domino of exhibitors to pull out, LG released a statement confirming that it will be closely monitoring the situation, but deems that exposing hundreds of its employees to international travel – which has already become restrictive – is a risk that’s too great to take right now.

LG further clarified that it will be hosting a separate event in the near future to announce its 2020 mobile products. However, this isn’t the only coronavirus-related MWC fallout to date.

the GSMA – the organization behind the show – has released an official statement assuring attendees that additional measures will be taken to ensure their safety.

What will this mean for future trade shows? ISE, the world’s largest professional AV event, is still set to take place in Amsterdam from 11-14 February – so the virus is clearly not putting a kibosh on them all just yet. If it worsens significantly, however, 2020 could end up being a year of frustrated global tech launches and perhaps a few smaller, localized briefings.