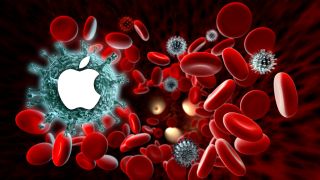 Production of the latest iPhones – including current iPhone 11 models as well as the upcoming iPhone SE2 – is being threatened as the deadly coronavirus maintains its grip on China, disrupting supply chains in the country's manufacturing industry.

It remains to be seen whether this will affect the announcement or shipping date of the unofficially named iPhone SE2, the new-old phone with a smaller form factor (based on the iPhone 8) and lower price tag widely expected to be revealed in March.

According to Nikkei Asian Review, Apple had tasked its manufacturing partners with increasing iPhone production by 10% in the first half of 2020. Of the intended 80 million phones, 65 million comprised existing models (primarily the iPhone 11) while 15 million were for the iPhone SE2.

The dramatically increased production plans, however, face challenges from the coronavirus outbreak in China's Hubei Province, which has since been locked down by Chinese authorities. Officials in China claim that 4,500 cases of infection have been confirmed on the mainland, resulting in 106 deaths. British and American scientists predict that over 190,000 people could be infected by 04 February.

With the primary manufacturing plants in neighboring Henan and Guangdong provinces (which faced over 100 confirmed cases as of Monday) and in Shanghai (with over 50 confirmed cases), the affect on supply chains seems inevitable.

Executives have warned that the outbreak threatens Apple's production plans, including the founder of Foxconn. The world's biggest iPhone manufacturer is still debating whether to let its employees return to China after the Lunar New Year vacation ends.

Of course, the situation doesn't just affect Apple; many other camera and smartphone companies manufacture products in China, including Huawei – which is already fighting an uphill battle thanks to the trade war with the Trump administration. And Sony has warned that its image sensor business could be "affected enormously" by the outbreak – which would affect sensors for the entire camera and phone industry.

With the Chinese economy already slowing down, the outbreak could have a heightened impact for everyone concerned.

The best camera phone in 2020: which is the best smartphone for photography?
Apple iPhone 11 Pro review
LG pulls out of Mobile World Congress amidst coronavirus fears