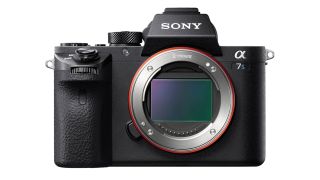 UPDATE: Sony executive Aoki Yosuke has confirmed the Sony A7S III is in development in an interview to Chinese camera website Hummingbird following the release of the Sony A7R IV. After being asked why Sony had focused on improving the video in the 'R' line, rather than updating the A7S series, Digital Imaging Group Marketing Department Senior General Manager Aoki-san replied that that A7S series is currently being worked on.

"The α7S series is also under development, and we will not disclose it in future plans. Video capture in different product lines is a feature point that is widely required, but the video features of different series are different."

ORIGINAL STORY: With the Sony A7S II growing somewhat long in the tooth, Sony fans have been eagerly awaiting an update to this popular body. Could their dreams be about to come true? Quite possibly. The Sony A7S III may be announced at some point during August or September, according to the latest rumors.

Sony recently registered a new camera in Asia with the code "WW942051". Reputable rumor site Sony Alpha Rumors speculates that this will be a high-end E-mount camera "because the camera features the same 5.8GHz Wifi first introduced with the A7rIV".

While this technically means that this upcoming camera could actually be one of three – the Sony A7S III, the Sony A9 II or the Sony A6700 – with the A7s II's fourth birthday slowly creeping into view, we wouldn't be surprised if the A7s III is released before the end of 2019.

• What we expect: Sony A7S III

So what kind of features are we looking for from this rumored upgrade? Designed as a camera primarily for videographers, we're not expecting a crazy adjustment to the megapixel count. Unless the A7S III will be designed to shoot above 4K, then there's no particular reason we'll see anything above its current 12.2MP. However, we would be disappointed if there was no upgrade at all and would ideally like to see a brand new sensor entirely.

One of the most important things we're looking for from the A7S III is an upgrade to its bit-rate. If you're not sure what bit-rate is or why it's important, all you really need to know is that the higher the bit-rate, the more control you have over your color grading; 8-bit recording can lead to banding where there's not enough color information, whereas 10-bit has enough data to 'fill in' the gaps.

With the A7S II only able record in 8-bit, we're definitely expecting Sony to address this in the next model – especially since one of the A7S II's main competitors, the Panasonic GH5, has been able to record in 10-bit since its release in 2017.

The longer it takes for Sony to announce the A7S III, the more Sony enthusiasts will hope for from it. It's clear now that no matter when the Sony A7S III arrives, it'll certainly have to live up to some very high expectations.

Sony A7 III vs A7R III vs A7S II: How do they compare?
Camera rumors 2019: what new cameras are coming out this year?
Sony A7R III review