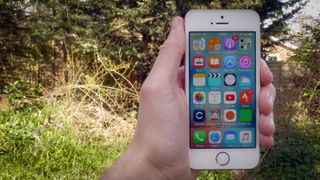 The iPhone 11-series is only a few months old, but that isn’t stopping the iPhone rumors from ramping up. The latest sheds some light on a new, smaller iPhone - something fans of the iPhone SE have been longing for since it launched four years ago, back in March 2016.

Two phones are being suggested that to look almost identical to an iPhone 8 could be launching in 2020, with both 5.4-inch screened devices expected to be variants of the upcoming iPhone 12, which we may get this year.

The specifics are thin on the ground at this stage, but Japanese site Mac Otakara mentions a new, compact iPhone that includes Face ID. As many as six new devices are expected, with one of the smaller variants featuring Face ID, and another with Touch ID, coming in at a lower price.

These Frankenstein-phones, which sound like they combine old and new are also suggested to have a much bigger rear camera array than the iPhone 8, and, naturally, zippier internals as well.

The latest rumors corroborate other suggestions that the year will see a staggered multi-iPhone launch, with a Touch ID version of the iPhone SE 2, or iPhone 8 reprise expected for Spring. Around this time, we’re also expecting the latest iPad Pro, which looks set to bring the fantastic triple camera setup on the iPhone 11 Pro to the premium tablet series.

Meanwhile, later in the year during Apple’s main iPhone event, we will certainly see new iPhones, and that’s when we could be seeing a suped up, more premium version of the SE2 with Face ID, alongside 6.1 and 6.7-inch options.

In addition, the new larger models, expected to be the iPhone 11s or 12-series, are expected to feature the works - multiple cameras, edge-to-edge displays, and for the first time on an iPhone, 5G.