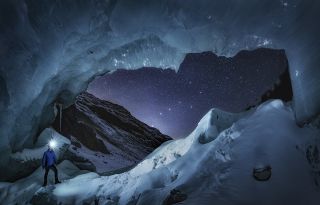 The shortlist for this year's Insight Astronomy of the Year Awards has been unveiled.

The competition, which is now in its ninth year and is said to be the largest international competition of its kind, received over 3,800 entries from photographers across 91 countries.

Furthermore, for the first time in the competition's history, submissions included images of Uranus and asteroids.

Winners of all nine categories will be announced on Thursday 14th September in a ceremony held at the Royal Observatory Greenwich. Two additional special prizes will also be awarded at the event, while a free exhibition will commence on Saturday 16 September.

Winning and shortlisted images will also be published in the competition’s official book, which will be made available in November.

Scroll down to view a selection from this year's shortlist. For more information visit the Royal Museums Greenwich website.