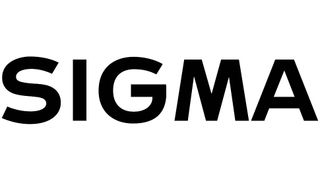 The world of full-frame mirrorless keeps getting better and better, as the rumour mill reports four new full-frame lenses coming from Sigma.

First broken by SonyAlphaRumors, the story is that Sigma will be releasing the following lenses in mid-July:

While we don’t have any more specs on the lenses for now, it looks like they’ll be coming out first for Sony’s FE-mount and the multi-system L-mount that spans Sigma, Panasonic and Leica, announced last year.

The source also says that later in the year, we can also expect these lenses to arrive for Canon’s RF-mount and Nikon’s Z-mount. This would actually fill some gaps in these systems – Canon RF-mount doesn’t currently have a 12-24mm f/2.8 zoom, for example, so while we could probably expect the manufacturers themselves to be working on similar optics, they may find their work is cut out for them commercially if Sigma gets there first.

Over at Canon News, some reasonable-sounding speculation is that the reason Sony FE and L-mount lenses are coming out first is due to the deeper flange distance of L-mount (which means if it fits L-mount, it’ll fit the rest), and the smaller mount diameter of the Sony, not to mention the fact that it probably makes the most financial sense to get the Sony out the door fastest, given that Sony FE is the most well-established of these systems.

We’ll keep tabs on these lenses and update you as soon as they’re officially announced, but we can say for the time being that this looks like a win for all systems involved, bolstering their optic selection and giving photographers and videographers more choice about the lenses they use.