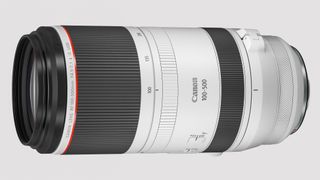 Filings for both exotic optics were spotted at the US Patent and Trademark Office (by Northlight Images) as well as the Japan Patent Office (by Canon News). The registrations describe the lenses as follows:

It's entirely possible that this could be a non-L lens equivalent, perhaps envisioned to be paired with the Canon EOS RP or Canon EOS R6 (much like the Canon RF 24-240mm f/4-6.3 IS USM).

And, as with many Canon patents, they could just be designs that never see the light of day – though that 100-700 is something we would certainly love to see!