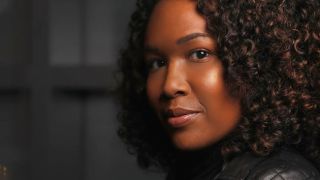 Two of the biggest players in the camera industry have announced steps to improve their diversity and inclusivity, following the Black Lives Matter movement that has forced companies in every walk of life to consider how they represent minorities.

Nikon has appointed two new black ambassadors in the United States, which increases the representation of people of color among its thirty-four ambassadors to a total of six.

Fujifilm, meanwhile, has made good on its plans announced in June to be both more inclusive and more transparent in its process. The company will fast-track ten new ambassadors into its X-Photographer program by October, and is revamping its system of collaborating with photographers at all levels to improve representation.

Chicagoan Woulard is a portrait photographer whose career has literally grown alongside her customer base. She started as a newborn photographer, then as her clients matured she became a child photographer. She now enjoys a reputation as one of the foremost tween photographers, specializing in the niche area of youngsters between early childhood and their teenage years.

For its part, Fujifilm revealed a series of changes to the structure of its photographer collaboration mechanisms in the United States, starting with the launch of the Fujifilm Creator Website in August.

"We intend to make the new Fujifilm Creator website the central location for our audience to meet all of our photography and filmmaking ambassadors," stated the manufacturer. It will be located front and center at http://www.fujifilm-x.com and will be the foundation of how we will change our X-Photographer program moving forward.

"This new website will be a place where fans can see a collective body of work from the Fujifilm Creators and Fujifilm X-Photographers alike, and a place for aspiring image makers to learn how they can get on the path to becoming a Fujifilm ambassador as well."

• What's the best camera for portraits?

With regard to reforming its X-Photographer ambassador program, for which each "class" serves for a maximum term of four years, the company pledged that as of 2024 any member of the new Fujifilm Creator community can apply to become an ambassador. However, Fujfilm recognizes that more immediate reform is needed.

"We understand the need to show action and progress in the short-term in making our X-Photographer program more inclusive. As a result, we will add 10 photographers to our X-Photographer roster through the process below to make the group more diverse and representative of our whole community.

"Beginning September 1, 2020 we will ask our initial group of FUJIFILM Creators to submit applications to become X-Photographers. These applicants will go through our review process. The 10 talented new additions will be notified and announced generally by October 1, 2020. The selected 10 new image makers will be added to our list of existing X-Photographers on our website."

Once the newest members of the ambassador program have been added, comprising 26 X-Photographers in total, the company will then begin its process of rotating new photographers into the ranks every four-year Olympic cycle.