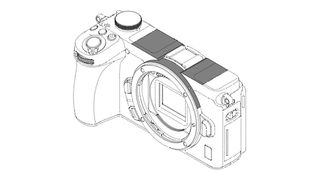 Nikon could be preparing to reveal the Nikon Z5 and Nikon Z30, after the manufacturer registered a pair of new camera bodies with a certification agency.

The smoke is accompanied by fire, as Japanese super sleuth Nokishita spotted that Nikon has registered two new cameras with a Russian certification body, with the registration numbers "N1929" and "N1932".

This happened in perfect step with an independent story by Nikon Rumors noting that the manufacturer is set to release two new entry level Z-system cameras in 2020 (followed by the Nikon Z8 / Z9, a professional grade body that will follow in late 2020 or 2021).

"It is highly possible that Nikon will announce both the Z5 and the Z30 at the same time, but I cannot confirm that. I do not have a specific time frame yet, but my guess is that we will see the new Z5 and Z30 cameras in the next 3 months."

So what can we expect from these new bodies? Well, according to our own Nikon rumors, the Nikon Z30 looks to be a super-small DX camera with no electronic viewfinder, a fixed LCD screen, a single microSD card slot and a 24 or 26MP sensor.

While we have no further information on the Nikon Z5, it seems likely that it would also strip away a few features from the next model up (the Z6), so we could be looking at a similar EVF-free body with a fixed screen, only with an FX mount.

With big announcements on the horizon from Canon and Sony in the next couple of months, we can't wait to hear more from Nikon on these new cameras.