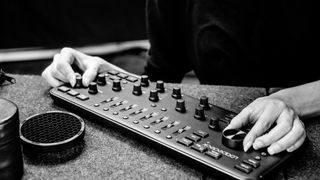 Loupedeck has announced a new version of its popular console, dubbed Loupedeck+.

While the original Loupedeck was built to be specifically compatible with Adobe Lightroom, this new version expands to also include compatibility with Skylum Aurora HDR.

Loupedeck has announced a partnership with Skylum, and you can expect full compatibility between all future versions of both products, including Skylum Luminar.

The Loupedeck+ is also currently in beta integration with Capture One, with full functionality on the way later in the year, and the makers are promising more software to be added in the near future.

Elsewhere, there’s a truckload of upgrades heading to the console, based entirely on feedback the Finnish company received from the photographic community. Company CEO and founder Mikko Kesti said, "There’s no better way to create the next evolution of our flagship product than by going straight to the source and taking their feedback to heart. By adding even more control, efficiency and customisation options to the editing process, we’re able to help photographers be more successful by increasing their output and artistry, and look forward to continue supporting them in their work."

The Loupedeck+ is built to be sturdier than before, with mechanical keys and a generally higher build quality. The other main focus is on customisation; the console now allows photographers to set up the Loupedeck+ exactly how they like it, improving workflow and the feel of editing.

To that end, it’ll have two customisable dials that can be mapped to specific functions, as well as seventeen separate buttons. Its configuration software has been built from scratch, and the makers say it’ll mean "an even better, faster and more stable photo editing experience."

The Loupedeck+ is available to purchase at the Loupedeck online shop, priced at €229 (about £200). Head to the website to pick one up for yourself. If you own the original Loupedeck console then you can get yourself a discount on the new version – see the website for details.