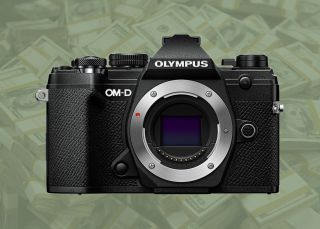 Featuring a 20.4MP sensor and up to 5.5 EV stops of image stabilization, the Olympus OM-D E-M5 Mark III packs some of the latest imaging technologies into its latest model. High-speed TruePic VIII image processing helps to create a powerful system for semi-pros and enthusiasts.

The Olympus OM-D E-M5 Mark III has a dust, splash and freeze-proof chassis, which helps you keep on shooting even when the weather doesn't want to play ball. Meanwhile, Olympus' SSWF (Super Sonic Wave Filter) sensor cleaning technology reduces the amount of dust and dirt on the sensor by vibrating it 30,000 times per second when turning the camera on.