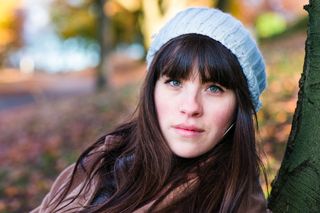 Every shot you take will be perfectly exposed, right? Some hope! There are lots of reasons for shots to come out with the wrong exposure. Sometimes it's your fault for getting the settings wrong, sometimes it's the camera's fault for not 'understanding' the scene correctly. Either way, you can fix underexposure in Photoshop.

Welcome to the second in our a 15-part series on how to fix photo problems in Photoshop, Lightroom and Adobe Camera Raw.

We hope it’s going to be especially useful to photographers who have to work at home during the current COVID-19 crisis – if we're going to be stuck at home, then maybe now's the time to fix up all those photos that are too good to ditch but not good enough – yet – so share with the world!

In this instalment we'll show you how to brighten up an underexposed shot quickly and simply and without negatively affecting the picture quality.

If your image looks too dark, head to the Basic Panel in Camera Raw/ Lightroom to lift the tones by increasing Exposure or Shadows. As long as the shadows aren’t clipped to pure black, you’ll be able to rescue a surprising amount of detail, especially if the image is a raw file. Keep in mind while rescuing underexposed photos that you’ll see increased image noise, so you might want to apply noise reduction too.

In Photoshop, the best tools for lifting dark photos are Levels and Curves. Go to the Layers Panel and add a Curves Adjustment Layer, then drag upwards on the curve to lighten the image. You can drag parts of the line up further to target parts of the tonal range.

Exposure: This has two meanings. When applied to cameras, it's choosing the right settings to produce a picture that has just the right brightness level. In software, it's a slider that simulates the effect of changing the camera exposure digitally.

Shadows: Photographers like to split the brightness levels in pictures into three broad areas. The 'shadows' (obviously) are the darkest tones. This is often where you want to try to recover a little extra image detail.

Raw file: This is an unprocessed image file that you can process yourself later on a computer using software like Lightroom or Adobe Camera Raw. It will have more tone and color information than a JPEG image captured by the camera.

Levels: A relatively simple exposure adjustment offered by just about all photo editing programs. It shows you the distribution of tones in the picture in a histogram and you can use Levels adjustments to maximise the tonal range in your pictures.

Histogram: This is a graphical representation of how the tones in your picture are distributed, from light to dark. It will show you the cause of common tonal or exposure issues and whether or not it will be possible to fix them.

Clipping: This is where the darker parts of the photo are rendered as a solid black, or the brightest parts are a featureless white. You know this has happened if the image histogram is 'clipped' at either end of the scale.

Curves: Curves adjustments are used to control the brightness and contrast within the picture. They are a bit more complex and subtle than Levels adjustments but can do things that Levels can't.

Adjustment layer: A special kind of layer first seen in Photoshop but now used widely in other programs. With an adjustment layer, you change only the appearance of the photo – you don't permanently change any of its pixels. Adjustment layers let you change your mind about editing settings later.

Next instalment: #3 My photo is overexposed

Previous instalment: #1 My photos are too noisy