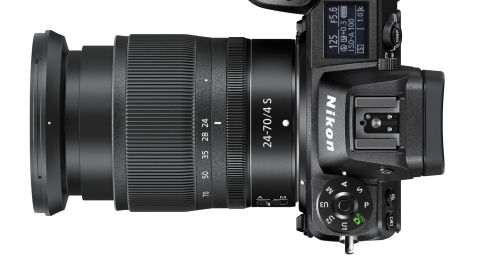 On paper, the Nikkor Z 24-70mm f/4 looks unambitious, but its small size, light weight and great optical performance make it an exceptional companion for the Nikon Z7.

The Nikkor Z 24-70mm f/4 S is one of two lenses to be released for the new Nikon Z7 full-frame mirrorless camera, and for the upcoming Nikon Z6 – and is the first zoom  on the Nikon Z lens roadmap.

This new Z-mount  lens is a million miles from the giant 24-70mm f/2.8 F-mount lenses for Nikon’s DSLR cameras. The Nikkor Z 24-70mm f/4 S has the same zoom range as these monsters, but is much smaller and lighter.

Update: We've just posted our Nikkor Z 24-70mm f/2.8 S review. This is the 'pro' version of Nikon's standard zoom for its Z-mount cameras, and it brings much more than just a faster maximum aperture.

It is one f/stop slower at f/4 compared to f/2.8, but it’s a superb match for the Nikon Z7’s size and shape, and the new camera’s in-body image stabilisation (IBIS) makes wide apertures less vital for low-light shooting.

This lens’s small size is due in part to a retracting mechanism, which activates when you turn the zoom ring firmly past its 24mm minimum position. The focus ring is customisable: in AF mode, it can be set to control the ISO or EV compensation.

(nearer 0 is better)
Colour fringing is well controlled, even right at the edges of the frame. It’s an uncommonly good performance from an all-purpose standard zoom lens.

(nearer 0 is better)
Compared to other lenses of this type, the distortion levels are so low as to be practically non-existent. The specs may be modest, but this lens is a stellar performer.

On paper, the Nikkor Z 24-70mm f/4 looks unambitious, but its small size, light weight and great optical performance make it an exceptional companion for the Nikon Z7.

Feature: Nikon Z7 and Z6 – what was Nikon's thinking