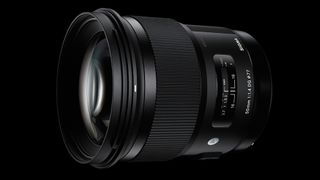 Update: Sigma has now added US pricing for five of its new lenses.

Sigma has confirmed pricing and availability for the seven Sony E-mount Art prime lenses that it announced earlier this year.

The new models, which are effectively Sony-mount versions of optics already available for other mounts, all have an imaging circle that satisfies the dimensions of Sony's full-frame sensors. This means that they can be used with models in the A7 and A9 lines, as well as APS-C models such as the A6500.

Sigma states that although the lenses share optical design with the same-named lens developed for other mounts, these seven optics feature a "newly developed control algorithm that optimises the autofocus drive and maximises the data transmission speed." Additionally, the lenses are set to be compatible with Sony’s Continuous AF (AF-C) and high-speed autofocus.