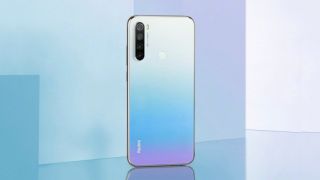 Xiaomi has officially won the race to announce the world's first 64-megapixel phone, with the Redmi Note 8 Pro due to arrive in September.

The Redmi Note 8 Pro features a four-camera array centered around the 64MP primary sensor, supported by an 8MP ultra wide-angle, 2MP macro, and 2MP time of flight (depth detecting) sensor. On the front of the device is a 20MP selfie camera.

The question remains, however, just how good the image quality is on that 64MP primary sensor, given the Redmi Note 8 Pro's identical camera specs to the Realme XT – which left testers less than impressed with its performance.

Ever since the Samsung Isocell Bright GW1 64MP sensor was announced, promising greater resolution than anything shy of top-tier medium format cameras, phone manufacturers have been racing to deliver the first phone to feature the tech.

That race has been extremely neck-and-neck between Xiaomi and Realme. While Xiaomi seemed poised to win, by releasing the world's first ever 64MP camera phone image (of a cat, naturally), Realme appeared to take the lead by putting working Realme XTs in the hands of journalists.

Indeed, when it got wind of Xioami's announcement, Realme hastily put up a Twitter post and shipped sample handsets to reviewers to claim to be "first", even though it didn't announce any actual features, pricing or availability.

However, the Realme XT's image quality was found quite lacking. It delivered "very limited extra detail, if any," and phone's new macro shots as well as its digital 2x and 5x zoom also seemed to be a bit of a mess.

That's a concern because the XT possesses an almost identikit camera setup to the Note 8 Pro. However, the difference could well be in Realme's processing and image software – and we know, from phones like the Realme X, that the company's imaging magic is among the best in the business.

According to GSM Arena, at the heart of the Note 8 Pro is the Mediatek Helio G90T chipset (a smartphone first), with a liquid cooling chamber to manage the output from the gaming-oriented processor.

The camera phone features a 6.53-inch diagonal FullHD display, a 4,500mAh battery that boasts 18W fast charging, and comes with 6 or 8GB of RAM and either 64 or 128GB storage.