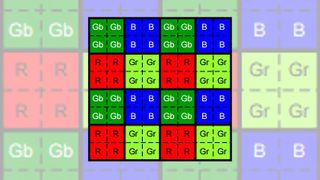 It looks like Sony has no plans to give up its dominance in the sensor market just yet.

The tech giant has just registered six new full-frame sensors, all of which will be available to purchase by third parties, so it’s likely we’ll see them cropping up in future releases from the likes of Nikon, Panasonic and Pentax.

Interestingly, one of the new sensors has a Quad Bayer Structure. This, for those who don’t know, is a specific pixel layout in which every 2×2 pixel array has the same color filter, meaning the sensor has multiple ways to process the data it receives, depending on conditions.

The full list of sensors and their brief specs, as compiled by Mirrorless Rumors, is as follows:

Earlier this month we wondered if an advanced new sensor being produced co-operatively by Samsung and Fujifilm could be capable of challenging Sony’s dominance in the sector. The question remains to be answered, but in the meantime one thing is for sure – it looks like Sony won’t go down without a fight.