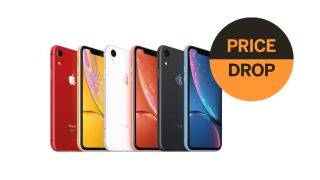 The Black Friday camera deals are really starting to flood in, but they don't get much  better than this iPhone XR deal that gives you 60GB of data and unlimited minutes and texts for just £29 per month for two years!

This is just one of many amazing Black Friday phone deals on photography kit, but you'll have to act quickly, because this deal will run out in four hours!

iPhone XR 64GB+60GB data+unlimited mins & texts: £29/mo
If you're looking for an amazing iPhone deal, it doesn't get better than this! The iPhone XR is available with a stonking 60GB of data, unlimited texts and unlimited minutes for just £29/mo for two years. Where do we sign up?? UK dealView Deal

With the release of the iPhone 11 models, the iPhone XR is still an excellent phone - but now it's available for a fantastic price. With a great battery life and a more-than-capable camera, the iPhone XR one of our favorite iPhones around. With 60GB of data and unlimited texts and minutes, this is a seriously tempting deal.

If you're interested in an iPhone XR with 60GB of data and unlimited texts and minutes then don't delay - this deal will run out in just four hours!