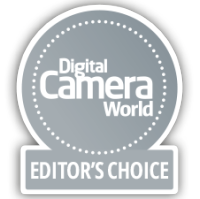 Coming from one of the best-known names in computing, the Razer Ring Light is the latest big-brand challenger in an arena dominated by cheap products and no-name companies.

The Razer Ring Light, like the Lume Cube Wireless Ring Light (opens in new tab) before it, brings with it the reputation and quality that mainstream manufacturers are known for. And, in so doing, it delivers one of the best ring lights (opens in new tab) on the market.

The Razer Ring Light couldn't be simpler to use. The wired remote enables you to increase or decrease the brightness, cycle between the three color temperatures and turn the light on or off – and its one-handed operation means you can discreetly make adjustments off-camera when presenting, or while brandishing a camera in your other hand while you're shooting or filming.

The light itself is very solid, despite the largely plastic construction, and while it's not going to put up with the heft of medium format cameras or chunky sports cameras, mirrorless cameras and smaller DSLRs will be right at home (an Olympus PEN E-PL7 (opens in new tab) is mounted in our main images above). Alternatively, the flexible and expandable smartphone holder works brilliantly and any phone will fit comfortably.

Of special note is the included tripod, on which the ring light mounts. It's a real rarity for a ring light to come with such a sturdy, substantial tripod – you won't be replacing your camera tripod with it, of course, but this one isn't at all the rickety cheap affair that comes with most lights. It stands firm and proud on your desk or floor, with plenty of control to articulate the light in almost any angle or direction.

As a USB-powered device, the Razer Ring Light obviously isn't going to kick out as much brightness as its mains-powered rivals – but it still does a darned good job of delivering impressive illumination. Used in bright daylight it delivers the fill you need to lift unwanted shadows, and in gloomy or dim conditions it's a fantastic key light that instantly makes your stream or footage look more professional.

Equally impressive is the quality of the light. Many cheaper ring lights are far too harsh, specular and have poor color balance. Not the Razer, though – the light is softly diffused for a gentle and flattering look, and the temperatures really do run true to kelvin.

The articulating head of the included tripod means that you can angle the light 90 degrees to shoot vertically downwards, ideal for flat lays or unboxings. And in such situations, the USB power becomes a real boon as you aren't slave to reaching the mains power or even the USB port on your laptop – connect this to a power bank and your lighting becomes as versatile as your shooting demands.

There are plenty of options out there for smaller ring lights, but they're mostly of the cheap and cheerful variety that always fall short in at least one area, whether it's power, performance or price.

The Razer Ring Light delivers excellent light quality, trustworthy color temperature, brilliant build quality and a shockingly good tripod – all for a very reasonable price tag. If you're in the market for a portable 12-inch ring light for streaming, video conferencing and vlogging, this won't let you down.