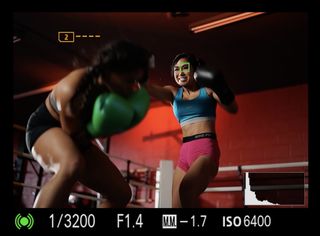 The upcoming firmware updates for the Sony A9 is packed to the brim with new functionality. Its killer feature, however, looks to be the real-time tracking and eye autofocus – which has been shown off in spectacular fashion in a new video.

Each clip is shown once in real time, then again at 45% speed so you can see exactly what and when the camera is tracking.

"This was a test of how the A9 was able to use the new hybrid tracking feature by combining the use of distance, movement, Face Detection, Eye AF, color, and pattern," wrote Murphy-Racey.

"By using all of these together the AI (artificial intelligence) residing in the camera’s programming is able to see the human body type, pattern of clothing & hair, movement, employ Eye AF and Face Detection all at the same time."

The new tracking features will come to the Sony A9 with the firmware 5.0 update in March, and they're already built into the newly announced Sony A6400 that starts shipping in February.