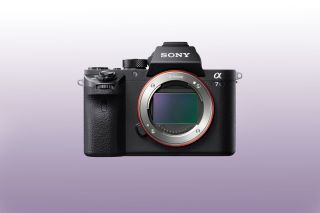 In interesting news, there have been some tantalizing rumors spreading across the internet today saying that the upcoming Sony A7S III will be able to record 4K 120p. If you think that sounds a bit ridiculous(ly cool), it's because it is.

Just for comparison, the new video powerhouse on the market, the Panasonic S1H, can 'only' capture 6K/24p and 4K/60p video in 10-bit 4:2:0. If this is true, 4K 120p will be sure to catch the attention of many videographers, perhaps even being enough to tempt them away from the alluring grasp of the S1H.

Considering that Sony has been pretty quiet on the video-focused camera front recently, we would be expecting it to come out with something jaw-droppingly impressive. However, is this beguiling bit of specs info even accurate?

Shared on website Sony Alpha Rumors, this rumor apparently comes from a 'reliable source' who had the chance to see a prototype of the Sony A7S III some months ago. Crucially, if this source only saw the camera months ago, it's very possible (and perhaps even probable) that it's been updated and changed since that point.

Considering just how much of a technological leap forward it would be for a camera to reliably record 4K 120p, we wouldn't be surprised if Sony experimented with it months ago, but ultimately decided that the concept didn't quite work in practice. However, we would love to be proved wrong.

Other interesting tidbits from this source include that the Sony A7S III will not be able to record 8K. However, there's no information on whether the camera will be able to record 6K. We feel that it likely will, as it would be seriously lagging behind its competition if it didn't. For us, the only real question will be what frame rate it'll be able to achieve in 6K.

In addition, the Sony A7S III will reportedly have a cooling vent on the back. This will likely be due to the amount of heat recording at such high resolutions and frame rates will kick out. This isn't likely to be super popular with videographers, who might be understandably nervous about the level of noise this fan might produce. However, it's worth noting that the Panasonic S1H also has a cooling vent, so hopefully this will ultimately turn out to be a non-issue.

While we are admittedly slightly skeptical, we would love this 4K 120p rumor to be true. In the mean time, we'll be waiting with baited breath to see just what Sony has in store for us.

Sony camera rumors
Sony A7R IV vs A7R III vs A7R II: pixels vs price, and how to choose the right model
Best Sony lenses in 2019: find the right one for your camera