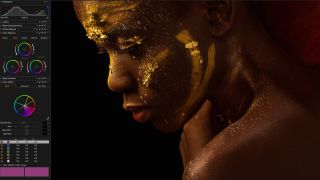 Phase One is a high end maker of full-frame medium-format digital camera systems and imaging workflow software and it has announced a strategic software agreement with Fujifilm at Photokina 2018.

In its press release, Phase One has said: "Fujifilm has a distinguished history of engineering innovative colour reproduction in its range of cameras. Thus, the collaboration between Fujifilm and Phase One is a natural development – based upon shared values such as the commitment to colour fidelity to achieve the highest image quality."

Phase One appeared alongside Fujifilm at Photokina 2018 to announce this partnership. Phase One's Vice-President of Software Business, Jan Hyldebrandt-Larsen, has said of the collaboration:

“Phase One has designed Capture One both to inspire photographers and to ensure the best workflow and user experience. We are proud to be working to share with Fujifilm shooters the opportunity to benefit from Capture One’s highly responsive processing engine, unmatched colour handling, precision-editing tools, and seamless tethered support.”

It's clear that both Phase One and Fujifilm have high ambitions for this collaboration, as this will make Capture One's RAW file support available for over 40 Fujifilm models, more than for any other camera maker. As Capture One development continues, the aim is to expand this collaboration further, with tethered support for more Fujifilm models, as well as further software support.

What is Fujifilm Film Simulations?

Fujifilm's Film Simulations aim to represent the colour and tonality of various photographic films in a digital capture.

Hands on: Phase One XF IQ4 150MP Camera System review
The best digital camera 2018: which one should you buy?