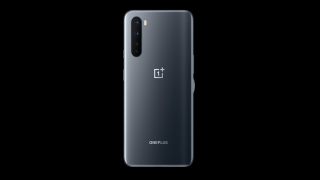 After months of rumors and leaks, the OnePlus Nord has officially been launched at an Augmented Reality online event. The OnePlus Nord will have a quad camera unit on the back of the phone. This will comprise of a 48MP main camera, an 8MP ultra wide camera, a 2MP macro camera and a 5MP time-of-flight camera.

This upcoming camera phone will cost £379 / €399 / 24,999 INR and will be out on 04 August. Unfortunately, the OnePlus Nord will not be available in the US at launch - and is only set so far to go on sale in Europe and India. But there have been hints that this budget camera phone may make its way to North America in time.

Boasting an impressive six cameras in total, the OnePlus Nord has a quad camera setup on the back that features a 48MP Sony IMX586 sensor, Optical Image Stabilization and the automatic reduction of noise. One of the four cameras includes an ultra wide angle that has an impressive 119º field of view. There's also a dedicated macro camera that allows you to focus as close as 4cm from your subject.

On the front of the phone there is a pill-shaped hole in the top-left hand corner. This houses a dual camera unit that has a 32MP wide angle camera and an 8MP ultra wide camera. OnePlus have now revealed that this second camera will have a massive 105° angle of view that is designed to eliminate the need for a selfie stick. The company's Instagram explained that the second camera is a response to the 3,000 people it claims are killed by selfie sticks every year.

The front cameras both have Advanced Face Distortion Correction, which is designed to help your selfies be as flattering as possible – even when shot with a wide angle camera.

The OnePlus Nord will have a 6.33" fluid AMOLED display with a 90MHz refresh rate. It will also feature a 4,115mAh battery with 30W Warp Charge fast charging technology that will charge from 0% to 70% in just half an hour. Other specs include a Qualcomm Snapdragon 765G chipset under the hood with 12GB of RAM. The OnePlus Nord also promises to deliver download speeds of 3.4GHz per second.

While we're yet to see any information on a North American launch for the OnePlus Nord, we are hopeful that the list of territories able to access this phone will soon expand. In the meantime, you can see example photos from the OnePlus Nord below.