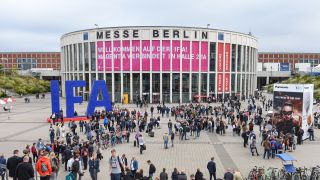 IFA has been given the go-ahead to take place in 2020 as a real-life event in Berlin for three days from 3 to 5 September. But with the ongoing restrictions and health concerns of the COVID-19 pandemic IFA 2020 Special Edition will be a series invitation-only events. And at each of these a maximum of 1000 guests will be able to attend. Events will include an innovation showcase for journalists, a sourcing event for manufacturers, and marketplace to allow the major brands to meet retailers. Alongside there will be a virtual event, for those who can not travel to Germany - or who don't get an invite.

With many of this year's big trade shows having been cancelled or postponed, this is the first major photo-related exhibition to take place since January. The list of casualties has included MWC in Barcelona, CP+ in Yokohama, The Photography Show in Birmingham, Photo London, Photokina in Cologne, and IBC in Amsterdam.

"Our IFA team really has pulled out the stops for this one. I’m incredibly proud of how they have tackled this challenge and come up with a solution for IFA 2020," comments Christian Göke, CEO Messe Berlin.

Europe's biggest technology show, IFA is the German version of the annual CES event in Las Vegas. The trade expo traces its roots to 1924 when it was just a humble radio expo, evidenced by the IFA's full name: Internationale Funkausstellung – which translates as International Radio Exhibition.

Today it's one of the biggest consumer electronics conventions in the world, and we usually expect to see serious new technology to be on show – particularly in the world of camera phone technology, and from camera manufacturers that have a big traditional presence at the show, such as Panasonic and Sony. IFA 2019 was the first public outing for the Panasonic S1H, and the Sony A6600, for instance.