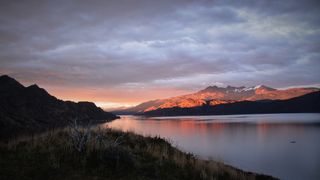 If beauty is in the eye of the beholder, you can add 'professional beholder' to the list of jobs under the threat of automation; Google has developed a new AI that can rate the aesthetic quality of a photograph.

'NIMA: Neural Image Assessment' is a deep convolutional neural network (CNN) that has been trained to recognise images that a typical user would rate as technically and aesthetically good.

The NIMA model produces a range of ratings for each image it assesses, then assigns a likelihood score to each of those rating. This produces an overall vector score that can then be used in various ways to rank images aesthetically – such as using the mean average.

In testing, Google found that the scores NIMA assigned to images in the Aesthetic Visual Analysis database closely matched those given by human assessors, with an average of 200 people rating each image.

You can see a comparison of how the two scores compared on a selection of landscape shots in the image below. Each image has its NIMA score underneath, with the human score in parentheses.

NIMA can also be used to directly compare the technical quality of images of the same subject. In the example below, the AI has rated a set of images that have been subjected to various kinds of distortion.

While the researchers don’t mention any plans to build a robot judge for Landscape Photographer of the Year (yet), the technology could have some interesting real-world ramifications, especially in the realm of photo editing.

Integrating NIMA scoring with image-enhancing software can allow the software to automatically tune an image’s qualities, such as toning, shadows, highlights and brightness to their most aesthetically pleasing levels. This could have significant ramifications for speeding up post-processing workflow, streamlining the process of picking the gem shots from the duds, and of basic aesthetic image edits.

While you’ll likely have to wait before your copy of Lightroom starts scoring your images out of ten, you can read Google’s research blog in the meantime to find out more about NIMA.