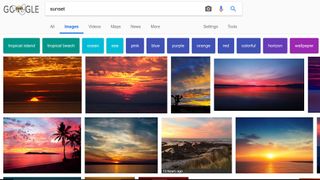 In its current form, Google Image Search is basically an express image-stealing service – there’s no way around that. Photographers know it, journalists know it, and professional image services such as Getty are all too aware of it.

That’s all set to change, however, thanks to a new agreement reached by Google and Getty Images. In an email seen by Petapixel, Getty has announced to its photographers that changes are coming to make things easier for professionals seeking to protect their copyright.

The most significant change is that Google will be getting rid of the View Image button that pops up when you click one of your search results, which links to the high-resolution version. Getty Images has pointed out that this button makes it trivially easy for users to snap up high-resolution images for free.

When you couple this with the fact that Google Images’ copyright notifications are both extremely small and incredibly vague (can you, without checking, even recall where they are?), it’s no surprise that many people who take images from Google aren’t even aware they are doing anything wrong.

Google and Getty will also be engaging in a new “global strategic partnership” that will allow Google to use Getty images across its various services and platforms.

Getty Images said to its photographers: "We are encouraged by Google’s approach to address our concerns and believe that with your help, we have fought for a fair and respectful marketplace for content creators around the world … We believe our approach to work closely with Google will best protect copyright and the livelihoods of photographers, and other artists who rely on licensing to earn a living and fund the creation of new works."

Getty originally launched a complaint against Google in the US and EU, branding it “anti-competitive”. Thanks to these changes, the complaint has been withdrawn, so we’d guess we’ll see them implemented sooner rather than later.

Read more: How to add copyright information to every image you take