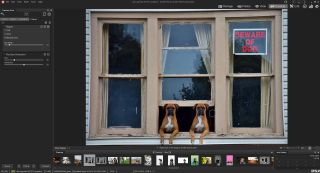 In that sense it could be seen as a Lightroom rival, though where Lightroom needs a program like Photoshop for more advanced techniques, ACDSee Photo studio does it all within a single app. It's another interesting option in an increasingly competitive photo editing software marketplace.

It is a Windows only program, though, like arch rival PaintShop Pro 2020 Ultimate, which does limit its audience in a market where most rivals come in both Mac and PC versions. It will also need to square up against the dual platform ON1 Photo RAW 2020, which has cloud integration in the pipeline.

Amongst the many changes in this version, ACDSee has introduced improved face recognition and face detection, so that the software can now suggest possible names for face, search images using suggested names (or auto-named or unnamed) faces and embed face data for future use.

Its new Blended Clone feature combines the effects of the Smart Erase and Clone tool to smoothly integrate ’source’ pixels into the repair area for a much more natural looking result.

The layers support has been improved too. It’s now possible to use the Text too in layers and non-destructively, so that you can re-edit it later, and a new Resize Canvas option makes it easier to create composite images or add solid backgrounds.

You can buy ACDSee Photo Studio Ultimate 2020 on a perpetual license for $149.99, but it’s also available on a subscription of $69/year.