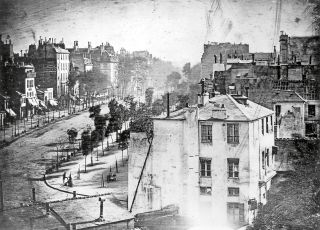 The date recognizes the invention of the Daguerrotype, a process that was devised by France's Louis-Jacques-Mandé Daguerre in 1837. They effectively sold the idea to the French Academy of Sciences, which subsequently gifted the process to the world on 19 August 1839.

However, the idea to recognize World Photography Day didn't take hold until 1991 – and for that, we can thank respected Indian photographer OP Sharma.

“The idea came to me in 1988 when, over and over again, in various publications that documented the history of photography, I came across this date: 19 August 1839," he told Harmony – Celebrate Age magazine. "It was recorded as the date on which the then French government announced the invention of the Daguerreotype process of photography as a ‘free gift to the world’.

"I proposed the idea to several masters and photographers around the world, about 150 of them, including the RPS and the Photographic Society of America (PSA)… by the beginning of 1991, everyone took a unanimous decision and we started celebrating World Photography Day that year."

Louis Daguerre was an artist and physicist who became a famous theatre designer. He was the business partner of inventor Joseph Nicéphore Niépce, whose heliography method is the forebear of the photographic process. Niépce's image View From The Window At Le Gras, recorded on a polished sheet of pewter plate coated with light-sensitive bitumen in 1826, is the earliest surviving permanent image from nature.

Daguerre, however, developed his own unique process following Niépce's death in 1933. He invented the Daguerreotype in 1837, which was a positive image recorded on a copper plate coated with silver iodide. Latent images produced in-camera were developed by exposure to mercury vapor, and were then fixed by a strong salt solution.

Daguerre sold his process to the French Academy of Sciences in exchange for an annual pension of 6,000 francs, in addition to an annual stipend of 4,000 francs to the Niépce estate. The process was announced on 7 January 1839, and full details were given 'free to the world' on 19 August that year – except in Great Britain, where a patent was filed by Daguerre’s agent.

The first photograph of a person

Each daguerreotype was unique and couldn’t be reproduced except by re-photographing the image or the scene itself. Even so, they quickly became very popular.

Daguerre's View Of The Boulevard du Temple, taken from the window of his apartment in Paris in 1838, is a unique example of early street photography that includes the first known recorded image of a human being.

It shows a busy Parisian street that would have been filled with people and carriages. However, the 10-15 minute exposure meant that none of them stayed still for long enough to be recorded. The one exception is a man having his shoes shined in the bottom-left corner. Has he appeared by accident, or did Daguerre ask him to pose?

Samuel Morse noted on seeing this picture in 1839: “Objects moving are not impressed… Consequently, his boots and legs are well defined, but he is without body or head because these were in motion.”

So, now you know where World Photography Day comes from, celebrate the occasion by getting out there and shooting your own images to 'gift to the world' – share them on social media with the hashtag #WorldPhotographyDay!