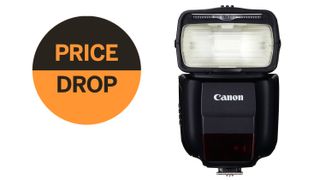 Just one of the many Walmart Black Friday deals currently running, the versatile Canon Speedlite 430EX III-RT is down to just $199. If you want to unlock the creativity in your photography, this powerful strobe can unleash the potential of on- and off-camera flash…

A high speed flash, capable of both front (first) and rear (second) curtain sync, it can be mounted to your hotshoe or used off-camera to achieve fantastic results. And it's so compact that you never have to let lack of space compromise your creativity!