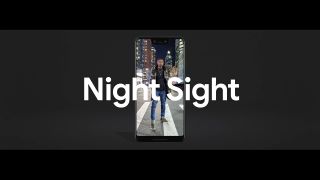 The Samsung Galaxy S10 is all set to have its own version of what was perhaps the best camera phone feature of 2018.

According to a leak on the XDA Developers' site, the S10 will have its won version of the Google Pixel 3's Night Sight mode but its one will be called, wait for it, Bright Sight.

The blog notes that the new feature was found in an upcoming Samsung Android build, explaining: "We decompiled the stock Samsung Camera APK included in the latest Galaxy Note 9‘s One UI/Android Pie build and discovered some interesting strings that explicitly describe a feature similar to what other night mode features do."

The string they found referred to Bright Night which allows the user "to take bright pictures even in very dark conditions".

Let there be Bright Night

Well, that sounds very familiar as the Google Pixel 3 Night Sight mode allows users to do just that and in our own tests the results were fantastic.

It's not 100% that the mode will come to the Galaxy S10 but it's highly likely. And if it is anything like Google's version, it will be software/AI enhancements that make the mode what it is and not what's going on with the sensor and the lenses.

If that is the case then it's a mode that may well come to other Samsung Galaxy phones in the future, via a software update.

The Samsung Galaxy S10 is shaping up to be a fantastic camera phone. Other rumours suggest that the phone will get a better version of bokeh, have three lenses - one of which will be ultra wide - and there may well be a 48MP sensor on the cards, too.