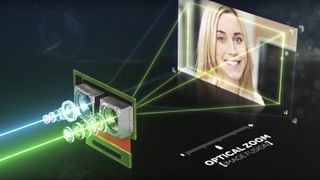 Zoom technology on camera phones is going through something of a revolution at the moment. At the head of this is a Chinese smartphone company called Oppo.

It's been consistently pushing the boundaries of what can be achieved when it comes to optical zooming.

Now Samsung has an eye on the technology it is using and could well acquire the company that has created sensors behind Oppo's ground-breaking 5x - and now 10x - 'optical' phone camera zooms.

According to new report, picked up by GizChina, Samsung is planning to buy up Israel-based company Corephotonics.

Samsung Ventures is already a big backer of the company, as is the likes of MediaTek, SanDisk and CK Telecom.

Corephotonics works with pretty much all the top players in the smartphone market - it's a safe bet its tech is in many on our best camera phone list - so if Samsung were to acquire the company then it's likely that we would see its technology implemented in Samsung's phones in the future.

As for the zoom technology that Corephotonics prides itself on, the company has a number of camera patents in its portfolio. These include being the first to publicly demonstrate dual cameras at work on a smartphone. It's also working on a 25x zoom for camera phones.

Its camera tech also comes under brilliant codenames. When it made a 2x optical zoom, it called it the Hummingbird, its 3x optical zoom cameras are called Hawkeye and Falcon.

Overall, it states to have 150 patents in the market (some still pending) and back in 2017, it confronted Apple over the camera tech in the iPhone 7 and actually has some comparison's of Apple's tech vs its own on its product pages.

This means, if this deal happens, there may well be a Samsung Vs Apple scuffle all over again.