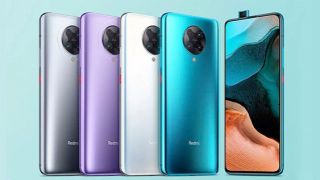 The upcoming Poco F2 Pro is an eagerly anticipated follow-up to the original Pocophone F1, but Pocophone fans have been left wondering when exactly it'll be officially released. However, recently there has been a slew of smartphone rumors that have provided a few tantalizing details to whet our appetite.

Excitingly, the Poco F2 Pro has recently received an official launch date of 12 May, but there have also been a few unofficial rumors that are even more interesting. Apparently, the Poco F2 Pro will come in four colors, Purple, White, Blue and Gray.

Details have also been leaked regarding the pricing, with the 128GB version of the Poco F2 Pro rumored to be priced at INR47,000, which is the equivalent of €570. According to GSMArena, this is actually a significant difference to a previous leak that said the Poco F2 Pro would be €649 for the 128GB option and €749 for the €256GB version.

Other rumored specs for the Poco F2 Pro include a 64MP main camera with a focal length of 26mm, a 5MP 50mm camera that doubles up as a telephoto macro, a 13MP 13mm ultra wide camera and a 2MP camera that works as a time-of-flight camera. Meanwhile, the selfie camera will unusually consist of a motorized pop-up camera with a 20MP sensor.