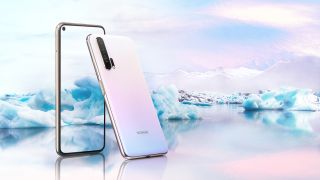 The newest additions to the company's powerhouse X series, both phones possess a 48 megapixel f/1.8 rear camera as well as a 2 megapixel time of flight camera for background-blurring bokeh effects.

They are the first Honor phones to possess a pop-up camera, with the front-facing selfie camera featuring a 16 megapixel sensor and an f/2.2 aperture. This facilitates an unblemished 6.59” LCD screen with 1,080 x 2,340 resolution.

In addition, the Honor 9X Pro also benefits from an 8 megapixel wide-angle camera that facilitates landscape shooting and easier group photos thanks to its broader perspective.

The manufacturer is also keen to boast about the "night vision" capability of the "flagship-level" primary camera on both devices, built around a 1/2-inch Quad Bayer sensor.

The company claims that the 4,000mAh battery will provide 10 hours of online video playback or 10 hours of gaming. However, there is no fast charge function as the USB-C port is limited to 10W.

Both phones feature a gradient-finish that refracts light in the shape of an 'X', "making these handsets a minimalistic art piece with a unique style" according to the manufacturer.

No international pricing or release date was announced, other than Honor president George Zhao asserting that, "We will soon introduce the latest X-series globally. Stay tuned!”