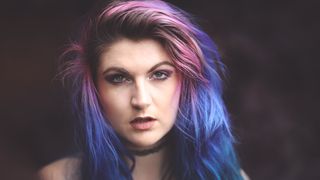 Canon has unleashed the latest optic for its full frame mirrorless system: the Canon EF 85mm f/1.2L USM. And not only does it rank as one of the best portrait lenses we've ever used, it might be the lens that single-handedly legitimizes the EOS R as a professional tool.

The reason for both is the same: the lens features some of the best optical design that Canon's engineers have ever put into a lens – not least of which is the group aspheric element, an exotic feature that eliminates spherical aberration in ultra wide-aperture lenses.

We've got a full breakdown of the optic in our Canon RF 85mm f/1.2L review, but after some additional time putting the lens through its paces (including some situational low light testing) we've been left blown away by the images that it produces.

In fact, we're so impressed by the results that we now have to seriously consider the EOS R as a professional camera.

However, if you're somebody who takes pictures of people for a living, the staggering image quality produced by the RF 85mm and EOS R means that it absolutely qualifies as a pro setup.

It's not just the images themselves, but the phenomenal performance that this tandem offers in low light environments. Like the other RF showcase lens, the Canon RF 50mm f/1.2L, the RF 85mm unleashes the EOS R's ability to autofocus down to -6EV.

In our opinion, if you're a professional portrait, wedding or event photographer, this lens (and the Canon R system) not only merits but demands your attention.