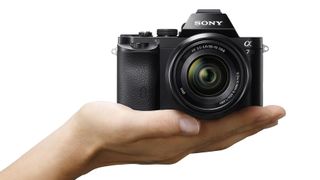 Scroll down for today's best Sony A7 deals

The A7 was Sony's first shot at the full-frame mirrorless camera market, although the fact that Sony has kept it available all these years shows just how relevant it remains. Although there are Mark II and Mark III versions of this camera, the original A7 is a real bargain – and one of our favorite camera deals.

Also known as the ILCE-7 or Alpha 7, the Sony A7 accepts the same E-mount Sony lenses as other option in the series, and has a tilting LCD and a high-resolution electronic viewfinder to help you compose images and HD videos with precision in all manner of lightning conditions.

Take a close look at the original Sony A7, now a bargain full-frame camera