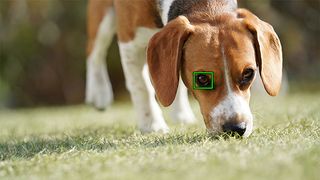 Sony’s very proud of its high-tech autofocus technologies, and many reckon its eye-detection AF is the best in its class. Now that same eye-detection can be used for pet, zoo and wildlife photography, where the subjects can be even more difficult to follow than humans, and don’t usually stand still when you ask.

Here’s a video from Sony showing how the animal eye AF feature in the Version 3.0 update works.

The Version 3.0 update also brings Sony’s latest Real-time Eye-AF to the A7 III and A7R III, two of the best Sony cameras in our opinion. This enhanced version uses AI (artificial intelligence) and machine learning to improve eye detection and tracking, even if your subject is looking down, partially blocked, turning or backlit.

Animal eye detection is not the only new feature in this Version 3.0 update. Sony has also added new interval timer modes to these cameras for the creation of time-lapse movies.

Sony has published this movie by time-lapse specialist Drew Geraci to show the new feature in action.

Interval timers work by taking a series of still images at fixed intervals, and a time-lapse movie is created by importing them as a series of frames in a video. The new update allows intervals between 1 and 60 seconds, depending on how much you want to speed up time in your video, and you can choose to capture anywhere from 1 to 9,999 frames. At 30fps, this gives a time-lapse movie length of up to 5.5 minutes.