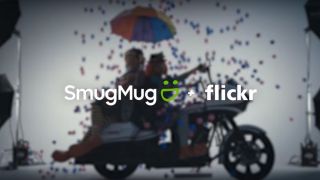 Over the weekend, photo-hosting service SmugMug announced that it had snapped up Flickr, the pioneering photo social network whose star had faded in recent years.

“Photographers belong together,” the firm said in a short announcement video, while SmugMug CEO Don MacAskill told USA Today that he is committed to breathing new life into Flickr.

MacAskill confirmed that Flickr will remain a standalone service for professional and amateur photographers, and that his company will be giving it the resources it needs to grow again.

“Flickr is an amazing community, full of some of the world's most passionate photographers," said MacAskill. "It’s a fantastic product and a beloved brand, supplying tens of billions of photos to hundreds of millions of people around the world.”

The news will hopefully bring an end to a long period of uncertainty for Flickr users. The site’s fate has been in question since last year following Verizon’s acquisition of its previous owners, Yahoo, for $4.48 billion.

Yahoo, who purchased Flickr in 2005, struggled to keep the site relevant while battling its own tribulations such as notorious data breaches, and Flickr’s leaders, including co-founder, Stewart Butterfield have spoken about being starved of resources. It didn’t, for example, even manage to launch a mobile app until 2009.

Having been born in 2002, SmugMug is actually older than Flickr. It's remarkable in Silicon Valley circles for retaining its independence, underlining privacy and security for a clientele willing to pay for it. “We don't mine our customers' photos for information to sell to the highest bidder, or to turn into targeted advertising campaigns,” MacAskill said, in a pointed comment referring to Facebook’s recent woes following the Cambridge Analytica scandal.

MacAskill has been upfront about not yet having a solid plan for Flickr’s future in place, and says he plans to collect feedback from employees and from its 75 million users before making any big decisions.

“It sounds silly for the CEO not to totally know what he’s going to do, but we haven’t built SmugMug on a master plan either. We try to listen to our customers and when enough of them ask for something that’s important to them or to the community, we go and build it,” he said.