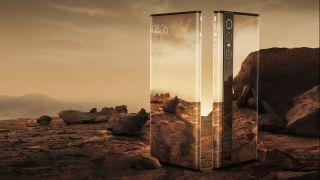 Keeping up with the latest smartphone news can be a full-time occupation. As more and more – not to mention more and more powerful – camera phones are being released, there are bigger and bolder smartphone rumors about new handsets and the new tricks that they will possess.

The camera phone industry has completely transformed in the last few years, and in turn it has also transformed the traditional camera industry. Not only does everyone with a phone now also have a camera in their pocket, but they also have multiple lenses / focal lengths and more megapixels than even the latest mirrorless and DSLR cameras do.

• Best camera phone: which is the best smartphone for photography?

With the release of the Xiaomi Mi Note 10, phones have broken the 100MP barrier – giving them more resolution than everything except the most expensive medium format cameras. And with the Samsung Galaxy S20+ also breaking the 8K video threshold, they will arguably become the ultimate imaging machines – and increasingly viable options for vlogging and cinematography.

We're also at the dawn of the 5G network era, which will transform the way both images and information are shared. There has never been a more exciting, yet more overwhelming, time to see what's happening in the smartphone world. So here are all the latest camera phone rumors, reports and rumblings along with our thoughts on what's in store…

Apple may have been the company that ignited the camera phone revolution, but it has fallen behind the times in recent years as the latest iPhones haven't been able to match the innovation and ingenuity of its rivals.

Both the iPhone 11 and iPhone 11 Pro models feature modest 12MP camera arrays, with the Pro finally seeing Apple adopt a 3-camera setup. However, this is a far cry from the likes of Nokia offering phones with 9 cameras, and Samsung and Xiaomi announcing 100MP handsets. And that's before we even get to the glaring omission of 5G…

Apple really needs to up its game to remain relevant – especially after slipping down to the world's fourth-biggest smartphone company.

The iPhone 11, iPhone 11 Pro and iPhone 11 Pro Max are all fantastic phones, but  a select swathe of smartphone users has been waiting since 2016 for Apple to give them a successor to the smaller iPhone SE. Four years later, it looks like their patience might have paid off.

However, according to the latest reports, the supposed iPhone SE 2 won't possess the same teeny weeny dimensions of the original SE (4.87 x 2.31 inches, with a 4-inch screen). Instead, it will possess a chassis based on the slightly larger iPhone 8, which measured 5.45 x 2.65 inches – though the original 4.7-inch display will be enlarged to 5.4 inches.

Designed to be an entry level model (which shows Apple's possibly mistaken thinking  that people simply want a cheap phone, rather than one that's simply small), it will eschew multiple cameras and Face ID for a single rear camera and Touch ID. This standard model could be launched as soon as March, though more advanced models might appear alongside the anticipated iPhone 12 launch later in the year.

While the iPhone X and other camera phones are using time of flight sensors to produce software-driven depth of field effects, Apple is looking to add even more clever software-based imaging tricks.

One of these is 'Synthetic Group Selfies', for which the company registered a recent patent. This enables you to take group selfies with your friends even if you aren't in the same location; one person 'hosts' the selfie and invites others to collaborate, wherever they are.

Each user shares their selfie, and the host's iPhone merges them all into a single photograph using computational imaging. So, whether you're all at the same event and but you can't all get the best lighting, or you want a group shot but you're in different places, this new iPhone tech may soon come to the rescue.

With more and more smartphones boasting water-proofing, Apple has registered a patent for 'Submersible Electronic Devices With Imaging Capabilities'.

This technology is focused around optimizing devices for underwater photography, with the iPhone detecting the conditions when it is submerged and the shutter is depressed.

When this happens, there are a number of things that the camera and its sensor does: it gathers light and depth information, detects murkiness, computes how far away objects are and adjusts the illumination, filters and so on accordingly.

While we'll forever be nervous about letting our iPhones near water, this could be an interesting USP for future Apple handsets.