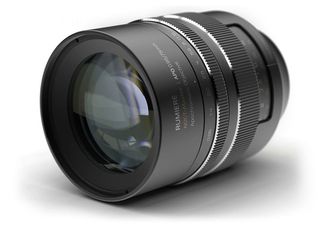 Just over a year ago, Chinese company NiSi announced a 75mm f/0.95 manual focus lens for photographers. Built for Sony E, Canon R, Nikon Z and L-mounts, this piece of glass seems to only be the sixth lens that NiSi has developed - which is what makes this particular blunder so potentially damaging.

With an £8,000 price tag, the Nikon Noct is undoubtedly a premium product. However, it backs up this substantial chunk of money with some serious technological wizardry. With four ED glass elements, three aspherical lens elements and two separate anti-flare coatings, the Noct is likely to be an incredibly impressive piece of glass.

Considering this, we can't imagine that Nikon would react well to a smaller company swooping in to steal their bokeh-fuelled thunder. By NiSi using the word 'Noct' in the title of their new lens (that just so happens to be a comparable focal length, have an aperture of f/0.95 and be manual focus) NiSi seem to be playing a dangerous game.

However, there is always the chance that this is a deliberate ruse to drum up some press for a company that's never released a dedicated consumer stills lens before - and has only been selling lenses since 2018! Considering that NiSi started out as a filters company, and has only released a line of cine lenses up until this point, we wouldn't be overly surprised if the 'Noct-Master' moniker is quietly dropped once it's helped to drum up sufficient interest in the product.

Regardless of whether this is a marketing ploy or a genuine misstep on NiSi's part, there hasn't been any public move from Nikon (although that doesn't mean that there aren't some stern cease-and-desist letters landing on NiSi's doorstep right now). However, it will be interesting to see what price point this 75mm f/0.95 will be priced at. If it significantly undercuts Nikon's own Noct offering, we could see the 'Noct-Master' proving fairly popular.