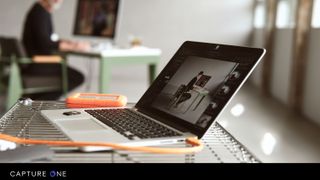 Capture One 20 is a high-end alternative to Lightroom, and it's just been updated with a new look, some new tools and features and – most exciting of all – a new, cheaper edition specifically for Nikon owners.

Capture One offers the same blend of cataloguing, editing and retouching tools as Lightroom, with ultra-high quality RAW processing and advanced layers-based adjustments. It's on our list of the best photo editing software you can get. It is more expensive than Lightroom for the full version, but you can still buy a licence outright OR take out a subscription, and there brand-specific versions for Fujifilm, Sony and now Nikon users which are a lot cheaper. In fact, these will sell for about the same price as Lightroom was before it went subscription only.

Capture One for Nikon

This new version offers all the tools of the full Capture One 20 Pro software, including all its advanced editing, cataloguing and workflow tools, but only edits RAW files from Nikon cameras rather than all brands. If you're a Nikon owner, that's fine – and you pay half as much for the software as you would for the full version. There are already Capture One Fujifilm and Sony versions which offer the same cost-savings for owners of those cameras. Rumors of a new Capture One Nikon version first surfaced when long-time Nikon photographer Joe McNally was quoted singing its praises.

Capture One for Nikon price and availability:

New features in Capture One 20

The logo change will probably be the biggest shock for existing Capture One owners, but there are important changes to some of the tools too.

There are new Heal and Clone tools which automatically create an image layer of the right type (previously you had to do this yourself), there are now an unlimited number of heal zones per layer (previously it was one per layer) and you can now move and transform the heal and source zones.

A new Before & After tool offers a full view or split screen comparison of an image before and after editing – and not just one image at a time, but multiple images apparently.

And for users migrating to Capture One from Lightroom, there's an improved Lightroom Catalog Import process which not only replicates basic image adjustments and the catalog structure, but now imports off-line images too – reconnecting them when the drive is plugged back in.

The Zeiss ZX1 support is interesting! Clearly this semi-mythical camera is closer than we thought if Capture One 20 supports it already. Normally, camera RAW support only arrives after a camera is already in production and on sale.

Capture One 20 price and availability