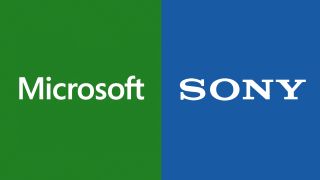 No, it's not April 1st: Microsoft and Sony really are partnering on new smart camera technology. Just when you thought 2020 couldn't get any crazier.

The decades-long arch rivals, which are currently duking it out with Xbox Series X and PlayStation 5 (and have previously gone to war over technology formats such as Sony's Blu-ray versus Microsoft's HD-DVD), have set aside their differences to make an AI-powered camera solution.

The partnership will see Microsoft's Azure cloud AI technology embedded on Sony's new intelligent vision sensor IMX500, which according to Sony will "extract useful information out of images in smart cameras and other devices."

In addition, Sony will also develop a smart camera-driven app powered by Microsoft's tech, which will "expand the range and capability of video analytics opportunities for enterprise customers."

So what does all this mean, and how will it benefit you? Well, as noted, the technology is aimed at enterprise use; however, as with all AI and cloud technology, it will invariably trickle down to everyday life.

Essentially, the new technology is designed to localize cloud-based AI and processing; rather than a camera capturing an image to the sensor, then shunting it to the processor where it us sent to the cloud to be processed, the IMX500 sensor does all that locally and offline.

Thanks to Microsoft Azure, the new stacked sensor structure has an AI engine combined with data memory built into it. This means that AI recognition can be processed on the capture device, without needing an online connection – eliminating privacy leaks, network traffic issues, and reducing power and cost consumption.

Sony claims that, by putting cloud processing and image analysis onto the sensor itself, "the sensor doesn't just capture light, it captures the meaning and information from the light in front of it."

For businesses, that means improved video analytics that do things like read the behavior of customers in stores. For consumers, it could result in things like smart cameras in your car that adjust the environment based on the driver or passengers.

So, what's next – an Xbox and PlayStation collaboration? Probably not, but hey – apparently Hell has already frozen over, and 2020 is already the craziest year ever, so never say never.

Is Sony's medium format camera with a curved sensor almost ready?
The best Sony camera: from Alphas through to simple Cyber-shots
The best Sony lenses: top lenses for Sony mirrorless and Alpha cameras