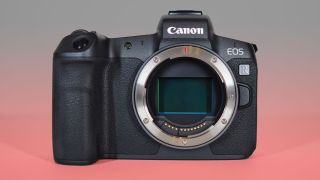 While 2019 isn't even over yet, it already looks as though Canon will be kicking off the new year with a busy schedule. After reports that the Canon EOS Rs will be out as soon as February, we've now heard whispers that the official follow-up to the Canon EOS R will be announced before Photokina in May under the title Canon EOS R Mark II.

With the original Canon EOS R only having been released in October 2018, this is a pretty fast turn-around for the Mark II - especially when you consider that the Canon EOS Rs is meant to be released only a few months before that. Does such a quick follow-up indicate a lack of faith in the original EOS R?

There were quite a few complaints about the EOS R's lack of dual card slots and in-body image stabilization when it was first launched, so perhaps this is what made Canon fast-track the Mark II. However, this still doesn't quite explain why Canon would announce two high-spec mirrorless cameras so close to each other.

The news that the Canon EOS R Mark II is due to be announced before Photokina came from rumor website Canon Rumors, who states that "the follow-up to the original Canon EOS R is now in testing by a small group of Canon professionals".

Canon Rumors states that their source has promised some specifications soon, so hopefully this will shed some light on why exactly Canon will be bringing out two high-spec EOS R bodies so close together. Perhaps one will be more photo-oriented, while the other will focus more on video - just like the Panasonic S1R and Panasonic S1H.

However, we would be surprised if Canon released a high-end video-focused EOS R. Canon has historically shied away from creating cameras that could rival their own popular cine camera division (by, for example, only having cropped 4K rather than uncropped).

Either way, we're certainly curious about why Canon are choosing to release two high-spec EOS R bodies so close together - and only just over a year and half after the EOS R's original release date.

Canon vs Nikon: who makes the best cameras? Let battle commence...
Best Canon camera in 2019: from EOS to Ixus, pro DSLRs to PowerShots!
Canon camera tips: Everything you need to get the best out of your Canon DSLR