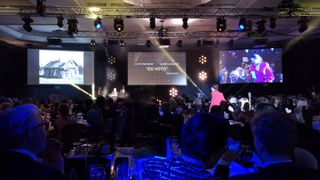 British artist Alys Tomlinson has been named as the overall winner at this year's Sony World Photography Awards.

In a ceremony held at the London Hilton on Park Lane hotel, the artist won the top prize for her series Ex-Voto. The jury praised her series for "its beautiful production, technical excellence and sensitive illustration of pilgrimage as a journey of discovery and sacrifice to a greater power."

Tomlinson was selected from ten category winners, walking away with a $25,000 prize on top of the Sony digital imaging equipment that was awarded to each of the ten winners.

Tomlinson said: “I am very surprised to have won, there is so much amazing photography in this competition. This is a huge boost both personally and professionally. It’s a project I invested so much in, so this recognition makes it all worth it.”

Legendary German photographer Candida Höfer, meanwhile, was presented with the award for Outstanding Contribution to Photography.

The prestigious competition, which is now in its 11th year, saw 320,000 submissions by photographers from more than 200 countries and territories. Next year's contest will open for entries on 1 June 2018.

Winning images from the competition are now on display at Somerset House, London, in an exhibition that runs until 6 May 2018. Head to the official site for more information.