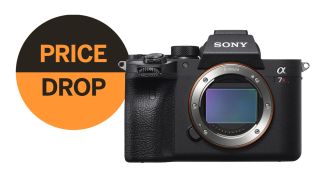 DROP EVERYTHING!!! This Black Friday camera deal just about made our jaw hit the floor: the Sony A7R IV is just $2,949.99 at Walmart!

This cutting edge, 61MP marvel was only released in September, but it has already had its priced slashed by $550 in this unbelievable Walmart Black Friday deal!

Sony A7R IV: $2,949.99 (was $3,499.99)
The highest resolution full-frame camera in the world, this 61MP beast packs more megapixels than all but the most expensive medium format cameras – but it's a fraction of the price, with this $550 discount at Walmart!
US dealView Deal

The Sony A7R IV’s subtle design tweaks make it handle better than the A7R III, and with 61 million pixels it’s well ahead of all its full-frame mirrorless rivals – and it even outpaces all but the very top medium format cameras!

Combine that with 4K video at up to 30 frames per second (and 1080p up to 120), continuous shooting speed of 10 frames for stills, dual UHS-II memory card slots and 5-axis in-body image stabilization, the A7R IV rewrites the rulebook for full-frame photography.