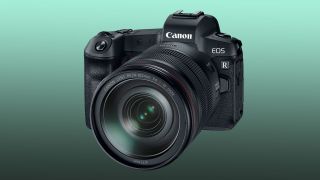 2020 is shaping up to be a very interesting year indeed - and especially for users of Canon cameras. The good folks over at Canon Rumors have put together a helpful roadmap explaining what the future looks like in terms of full frame Canon cameras - and after having a look at this roadmap ourselves, we can confirm that it definitely looks bright.

It seems as if we might see up to four new full frame Canon cameras this year, which will be a fantastic showing from the camera manufacturer. This list includes the already-announced Canon EOS-1D X Mark III, which is due to start shipping in the middle of February.

However, Canon Rumors' list also includes three other cameras that we're yet to receive any official information on. The first of these is the unofficially titled Canon EOS Rs, which we've covered before. Rumored to have an impressive 75MP CMOS sensor, it's thought that the Canon EOS Rs might be announced at the CP+ show in February. However, Canon Rumors also advises that the EOS Rs could be announced in May instead.

In even more interesting news, we could also be seeing an affordable EOS R body from Canon this year. The Canon EOS RP currently sells for $999 / £1,299, so we wonder where this 'Canon EOS Rm' (also unofficially titled) would be pitched price-wise.

However, the most fascinating tidbit of information revolves around a third Canon EOS R body. While Canon Rumors admits that this camera is shrouded in mystery, they posit that it might be a "sports/ speed body, perhaps with a lower megapixel sensor and aimed at the Sony A7S line of cameras."

No matter what the final versions of these cameras look like, we're excited to see how Canon's 2020 shapes up!