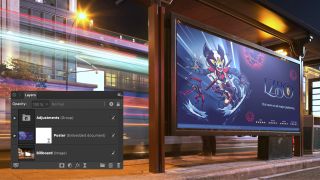 Affinity has updated its trio of professional creative applications, with Affinity Publisher 1.8, Affinity Designer 1.8 and the product of most interest to photographers, Affinity Photo 1.8.

And thanks to a collaboration between Affinity and DxO software, Affinity Photo 1.8 is now fully compatible with the DxO Nik Collection 2.5 plug-in suite, just updated.

Affinity Photo can be used independently as a powerful Photoshop alternative sold for a single low-cost fee rather than as an ongoing subscription. It's already one of the best photo editing software applications you can get, and this latest version makes it easier to use it alongside other programs.

Affinity Photo also available in an iPad edition sold separately, which we rate as one of the best photo editing apps for mobile devices – this gets the option to customise keyboard shortcuts in the latest update.

Affinity Photo, Designer and Publisher work together or independently and are sold separate. For existing users, the new v1.8 versions are a free update.