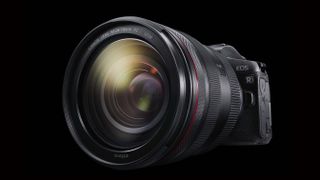 Canon, rather like its longstanding main rival Nikon, has found its applecart somewhat upset in recent times by the surge in popularity of mirrorless cameras. More than ever, it seems that mirrorless is the future.

2018 saw the tenth anniversary of Panasonic’s Micro Four Thirds format Lumix DMC-G1 camera, a model which broke with the SLR format that photographers had been used to for so long and ushered in the brave new world of mirrorless, with its inherent advantages of smaller, lighter, more portable cameras and lenses.

In the time since, other manufacturers have made the most of mirrorless, with brands including Olympus, Fujifilm and in particular Sony, all finding significant footings for themselves within a challenging market.

Sony’s eventual forays into full-frame have been of particular concern to Canon, whose professional and prosumer DSLRs have been crucial to both its reputation and its profitability.

With Sony managing to find itself in pole position in the camera market, Canon has found itself playing catch-up.

Its exploits into the world of mirrorless began in 2012 with the first EOS M, but this series of cameras could match neither Fujifilm’s Leica-esque aesthetics or Sony’s full-frame sensor size, as ushered in by the full-frame a7 in 2013.

Like Nikon, most expected Canon to move into the latter market in 2018, but the year began with the release of two traditional entry-level DSLRS, in the form of the EOS 2000D and the EOS 4000D. These APS-C sensor cameras, 24.1-megapixels and 18-megapixels respectively, Full HD 1080p video and sub-£400 prices appeared to be their chief selling-points.

Neither of these cameras was exactly a headline grabber, and instead it was the innovations presented by the Speedlite 470EX-AI, featuring genuinely intriguing and effective auto functionality to take the guesswork out of bounce flash, that drew most attention at a press preview in London in February.

Also launched at this time was another M-series camera, the 4K-enabled EOS M50, that demonstrated that Canon still had a definite eye on mirrorless, but as a 24.1-megapixel APS-C model, it was never going to provide any competition to Sony.

However, Canon’s equivalent, the full-frame Canon EOS R, arrived a week or so later to comparatively little fanfare, and crucially, less decisively positive acclaim (but still a device that found its way into our best Canon camera guide) and a 30.3-megapixel sensor that fell a little short of the Nikon Z7’s 45.7-megapixel sensor.

Of course, in the real world, the sensor found in the Canon is much more than most people will ever require or even desire in terms of resolution, but in terms of leading the pack, it seemed that clear that this mantle belonged to Nikon.

As with Nikon, Canon has launched a line-up of lenses to work natively with the new lens mount of the EOS R, the ZF series, but its roadmap is less clear than that of its rival, but it seems that, at some point in 2019, three f/2.8 lenses will be announced, in the form of a wide-angle zoom, a telephoto zoom, and a prime optic.

Will this be enough?

Sony plays its cards closer to its chest than most, and is sure to have been watching both Canon and Nikon closely, so its next moves are difficult to predict, but they will be determined not to let either of these two older manufacturers regain too many mirrorless miles.

With this in mind, 2019 could prove to be a decisive year, especially for a company like Canon, who have arguably not done enough in 2018 to avert people’s gaze from Nikon and Sony, at least when it comes to full-frame mirrorless.