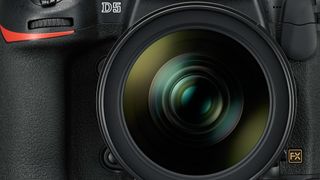 As is the case with its competitors like Canon and Sigma, Nikon uses a number of terms in its lenses to describe some aspect of their capabilities.

Some of these are common enough for their purpose to be widely known. Others are used more sparingly, and sometimes it's these that make all the difference between an affordable lens and one clearly geared towards a more advanced user.

Here, we take a look at all the terms the company uses in the names of its optics and on the barrels themselves.

Much like Canon’s lens nomenclature, this indicates a second-generation version of a lens.

This can sometimes be confused with Nikon’s VR II system, which indicates the second generation of Nikon's Vibration Reduction technology (explained below). When it's inscribed on a lens, however, it only indicates the version of the lens, rather than anything to do with the VR system.

The third generation of a lens. At the time of writing, however, Nikon has only used this on selected teleconverters, such as the Nikon AF-S TC-14E III, rather than conventional optics.

AF lenses are those that offer autofocus. Nikon has traditionally used the term AF in conjunction with another letter, such as D or S. The majority of its current optics are AF-S lenses (see below).

Nikon lenses that do not have AF anywhere in their title are manual focus optics.

One of Nikon’s most recent suffixes, this shows that a lens has been designed with a ‘pulse’ stepping motor.

These are designed to produce smooth autofocus during movie recording, as opposed to AF-S lenses, which were designed before video was made available on DSLRs.

AF-S lenses can still be used to perform autofocus during video recording, just that they do not manage to do so as discreetly as AF-P lenses.

AF-P lenses are not compatible with all Nikon bodies, and firmware updates may be required with bodies that are technically compatible, in order to make sure this is the case.

An AF-S lens is a lens that contains Nikon’s Silent Wave Motor (SWM), which Nikon claims is designed to be fast and silent (which is what the 'S' stands for).

Some of Nikon’s most junior DSLR cameras, such as the D3400 and D5600, lack a focusing motor in their bodies, so they need to be used with either AF-S or AF-P lenses for autofocus to be possible.

Most of Nikon’s most recent lenses offer AF-S motors.

Older range of Nikon lenses... D denotes that a lens communicates information about the subject to camera distance to the camera. There are some D lenses still being manufactured, such as the Nikon FX 50mm f/1.8D AF

As with more recent G-type lenses (described below), this is used for the purpose of metering and flash exposure, although D-type lenses almost always have a physical aperture ring around their barrel, whereas G-type lenses do not.

Defocus Image Control. This rarely used term is found on lenses that allow the photographer to control the spherical aberration in the image by way of a special ring around the barrel.

This is particularly useful for portraiture, which is why you'll only tend to see this on telephoto lenses that are ideal for such an application.

A DX lens is one that’s designed for DX-format cameras, such as the Nikon D5600 and D7500. These have APS-C-sized sensors, as opposed to the full-frame sensors inside FX cameras like the Nikon D850 and D5.

If a lens does not have DX in its title, it will be able to work on a full-frame ‘FX’ format camera and produce a wide enough spread of light to satisfy the FX sensor’s dimensions. DX lenses can typically still be used on FX-format cameras, but you will only be able to use these at a crop factor. This is because the edges of the frame need to be trimmed away as the lens cannot cover them with enough light.

As all DX lenses have DX in their title, Nikon does not feel it necessary to use a separate ‘FX’ suffix for full-frame lenses. So, if you don’t see a DX label, it will be an FX-compatible lens.

The letter E shows that a lens has a electromagnetic diaphragm control.

This, according to the company, uses electrical signals from the camera body to direct an electromagnetic diaphragm mechanism inside the lens, rather than using a mechanical linkage common to other lenses. Nikon claims this is a more accurate method, and one that enables consistent exposures during high-speed burst shooting and when using telephoto lenses.

This is not to be confused with Nikon’s E-series lenses, which was a small collection of budget-friendly optics released in the analogue era.

ED stands for Extra-Low Dispersion glass, used in many of Nikon’s lenses to help control chromatic aberration, which shows as coloured fringes across the edges of certain details.

These lenses produce fisheye images with pronounced distortion, rather than conventional rectilinear designs. These are available for both DX- and FX-format cameras.

Fluorite is said to be lighter than glass while offering better control over light dispersion, which causes chromatic aberration.

This isn't to be confused with fluorine coatings, which are applied to elements to help keep water and grease and also boast anti-reflective properties.

Internal focus. Lenses with this feature will not physically change in size as they focus, which keeps the centre of gravity constant to retain the same balance throughout the entire focusing range.

This also means the front of the lens does not rotate while it’s focusing, which is very useful when using filters. In the case of macro lenses, it also means that photographers can shoot without worrying about the lens extending, which can otherwise affect live subjects and lighting, such as by casting shadows.

This is often joined with the ED suffix in lens titles, and written as ‘IF-ED’, although not all lenses incorporate both technologies.

All G lenses have two things in common.

First, they do not have an aperture ring, so aperture must be controlled through the camera body.

Second, they communicate information on the distance between the camera and the subject, which is used to help decide metering and flash exposure.

Nikon’s term for a macro lens. All of Nikon’s Micro lenses can are capable of a 1:1 reproduction ratio – in other words, they can reproduce a subject on the sensor at the same size as they appear in real life.

Nano Crystal Coat. This is a lens coating that makes use of nanotechnology to “virtually eliminate” internal reflections, which can otherwise cause flare and ghosting.

Nikon uses it in a wide range of its optics, but it’s particularly useful in very wide lenses. Those with the technology on board are easily identified by a gold N logo on the barrel.

Nikon’s brand name for its lenses. This is a standard part of every current Nikon lens, although it’s often written without this when Nikon is included in the title.

Noct stands for ‘Nocturnal’ and denotes a special aspherical lens designed for extreme low light photography. The construction eliminates an optical aberration that fast lenses traditionally suffer from called ‘coma’, which introduces unseemly blobs around points of light at wide apertures. The rare 58mm f/1.2 Noct-NIKKOR is the only Noct lens to have been produced to date, but Nikon is working on an even faster Z 58mm f/0.95 S Noct for its full-frame mirrorless Z system, which will be the company’s fastest ever lens.

PC stands for Perspective Control, and this is the term that Nikon applies its tilt-shift lenses.

These are typically used by architecture, product and landscape photographers, as it allows them to control perspective and depth of field in a way that conventional lenses cannot.

A lens with this suffix employs a Phase Fresnel element in its construction.

Traditionally used in lighthouses, Nikon says that this allows for the correction of chromatic aberration while also creating a smaller and lighter lens than is otherwise possible.

Appearing as a suffix on Nikon’s range of Z-mount lenses designed for its full-frame mirrorless Z system cameras, 'S' stands for superior, and S-line lenses feature outstanding optical quality. All the Z-fit lenses announced to date have the S badge, but Nikon has confirmed that in the future there will be lower-cost non-S-line lenses for its Z system cameras.

This stands for Supersonic Wave Motor, a type of autofocusing system that is present in the majority of Nikon’s current lenses.

This works on the same principle as Canon’s Ultrasonic Motor and Sigma’s Hypersonic Motor, in that ultrasonic vibrations

Nikon lenses that include SWM technology have AF-S in their titles, and SWM inscribed on barrel.

TC stands for teleconverter, so it’s only on these where the term is used.

This indicates that a lens employs a Vibration Reduction system, which is Nikon’s name for its image stabilisation technology.

Typically this promises somewhere between 3-4.5 stops of correction, although the benefit you're actually see in your images depends on additional factors, such as camera-to-subject distance.

This is where things get a little confusing.

Nikon uses the term VR II on its website and in marketing materials to show that a lens features its second-generation Vibration Reduction technology. The term ‘VR II’ on the lens barrel when it’s written on a lens itself, however, actually indicates that the lens has VR and is the second generation version of that particular lens, rather than it having this second-generation VR system.

There appears to no way of determining whether a lens has a first or second-generation system from looking at the lens itself, so the only way it to check relevant marketing materials or an instruction manual. Likewise, the benefits ascribed to second-generation VR lenses are in some cases bettered by ones that do not claim to have second-generation VR.

The Z prefix means that the lens is designed exclusively for Nikon’s range of full-frame mirrorless Z system cameras, which have a larger-diameter mount than F-mount lenses designed for DSLRs. While F-mount lenses can be used on a Z-mount camera by using Nikon’s FTZ mount adaptor, Z-system lenses cannot be used on Nikon DSLR bodies.